本文内容源自维基百科上对Metadynamics的介绍。
Metadynamics (MTD; also abbreviated as METAD or MetaD) is a computer simulation method in computational physics, chemistry and biology.
It is used to compute free energy and other state functions of a system, where ergodicity is hindered by the form of the system’s energy landscape. It was first suggested by Alessandro Laio and Michele Parrinello in 2002 and is usually applied within molecular dynamics simulations. MTD closely resembles a number of recent methods such as adaptively biased molecular dynamics, adaptive reaction coordinate forces and local elevation umbrella sampling. More recently, both the original and well-tempered metadynamics were derived in the context of importance sampling and shown to be a special case of the adaptive biasing potential setting. MTD is related to the Wang-Landau sampling.

The technique builds on a large number of related methods including (in a chronological order) the deflation, tunneling, tabu search, local elevation, conformational flooding, Engkvist-Karlström and adaptive biasing force methods.

The time interval between the addition of two Gaussian functions, as well as the Gaussian height and Gaussian width, are tuned to optimize the ratio between accuracy and computational cost. By simply changing the size of the Gaussian, metadynamics can be fitted to yield very quickly a rough map of the energy landscape by using large Gaussians, or can be used for a finer grained description by using smaller Gaussians. Usually, the well-temperated metadynamics is used to change the Gaussian size adaptively. Also, the Gaussian width can be adapted with the adaptive Gaussian metadynamics.

Metadynamics has the advantage, upon methods like adaptive umbrella sampling, of not requiring an initial estimate of the energy landscape to explore. However, it is not trivial to choose proper collective variables for a complex simulation. Typically, it requires several trials to find a good set of collective variables, but there are several automatic procedure proposed: essential coordinates, Sketch-Map, and non-linear data-driven collective variables.

Assume, we have a classical $N$ -particle system with positions at $ \vec r_i (i \in 1…N) $ in the Cartesian coordinates $ \vec r_i \in R^3 $ . The particle interaction are described with a potential function $ V \equiv V(\vec r_i) $. The potential function form (e.g. two local minima separated by a high-energy barrier) prevents an ergodic sampling with molecular dynamics or Monte Carlo methods.

A general idea of MTD is to enhance the system sampling by discouraging revisiting of sampled states. It is achieved by augmenting the system Hamiltonian H with a bias potential $V_{bias}$:

For a computationally efficient implementation, the update process is discretised into $ \tau $ time intervals ( $ \lfloor \;\rfloor $ denotes the floor function) and $\delta$-function is replaced with a localized positive kernel function K. The bias potential becomes a sum of the kernel functions centred at the instantaneous collective variable values $\vec s_j$ at time $\vec \tau _j$:

Typically, the kernel is a multi-dimensional Gaussian function, which covariance matrix has diagonal non-zero elements only:

The parameter $\tau$, $\omega$ and $\overrightarrow {\sigma }$ are determined a priori and kept constant during the simulation.

The finite size of the kernel makes the bias potential to fluctuate around a mean value. A converged free energy can be obtained by averaging the bias potential. The averaging is started from $t_{diff}$, when the motion along the collective variable becomes diffusive:

Metadynamics has been used to study:

PLUMED is an open-source library implementing many MTD algorithms and collective variables. It has a flexible object-oriented design and can be interfaced with several MD programs (AMBER, GROMACS, LAMMPS, NAMD, Quantum ESPRESSO, and CP2K). 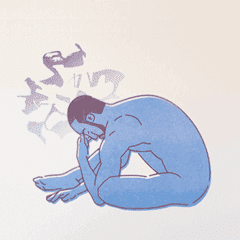